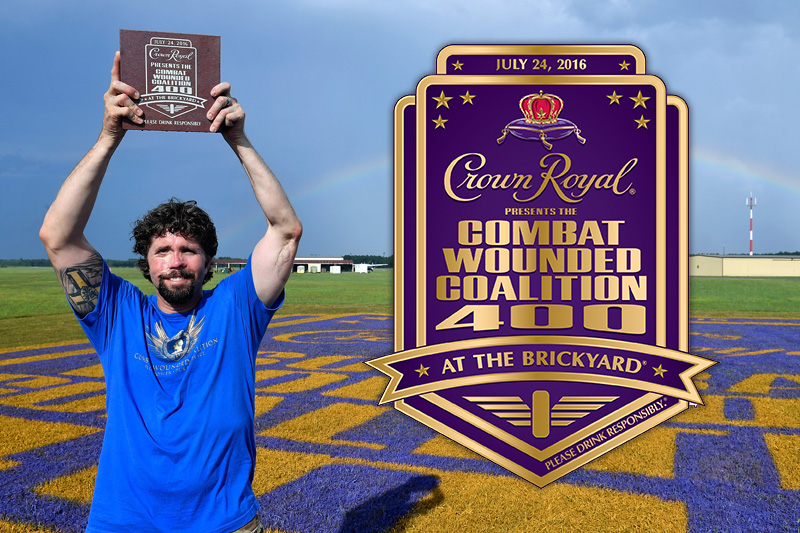 Another year, another Brickyard 400. For Crown Royal‘s annual, “Your Hero’s Name Here” program, Crown Royal picks a deserving hero as the namesake for the NASCAR race.

“What an amazing and humbling opportunity to have my organization as the official title of the Brickyard 400. This race is an icon of NASCAR, Americanism and patriotism,” said Redman after being named the winner of the 2016 “Your Hero’s Name Here” program. “I can’t wait to arrive in Indianapolis and meet the fellow finalists, the awesome race fans, drivers and crews!”

About This Year’s Hero Redman enlisted in the Navy after high school where he served 11 years as an enlisted SEAL before enrolling at Old Dominion University. After graduation, he returned to duty as a Navy SEAL Officer and served ten more years.

Let’s raise a glass of Crown Royal to Jason Redman and all of the other warriors serving or that have served our country. Keep an eye out for the Brickyard 400’s new name when you tune into watch the NASCAR race on July 24, 2016.