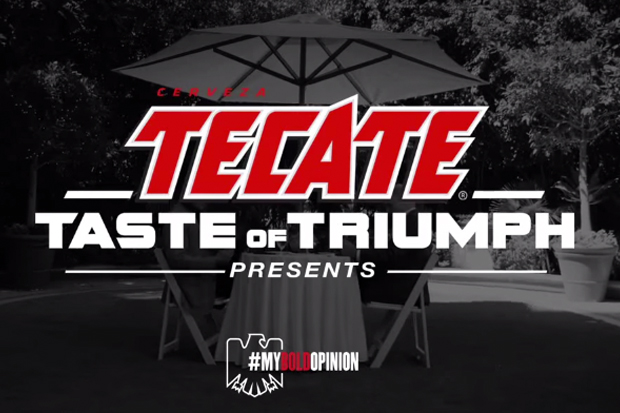 5 Facts About Floyd Mayweather You May Not Know

Brought to you by Tecate

Manny Pacquiao and Floyd Mayweather are just two weeks away from clashing in the Super Bowl of boxing. To prepare fans for the May 2 megafight at the MGM Grand Garden Arena in Las Vegas, Nevada, below are five Mayweather life facts from both inside and outside of the squared circle.

The 38-year-old Mayweather (47-0, 26 KOs), a five-division champion, has been deemed boxing’s pound-for-pound king for nearly a decade.

Mayweather will have one match remaining on his pact after facing the 36-year-old Pacquiao (57-5-2, 38 KOs) next month.

If “Pretty Boy” trumps Pacquiao and then conquers his next opponent on September 12 during Mexican Independence Day weekend, most insiders predict that Mayweather will seek a final contest to surpass Rocky Marciano’s 49-0 mark and retire as “The Best Ever.”

A 19-year-old Mayweather was controversially outscored by Bulgarian Serafim Todorov in the semifinals of the 1996 Olympics in Atlanta, Georgia.

Mayweather was ultimately awarded a bronze medal as a featherweight for representing the United States.

“He was 19, remember,” said Todorov, who was then a 27-year-old amateur and a three-time world champion and two-time European titlist. “My experience was much stronger. I beat all the Russians, all the Cubans, some Americans, Germans, Olympic champions. I was making fun of them in the ring. British, French — I beat them all.”

Roughly three months following the fuss in “Hotlanta,” Mayweather debuted as a professional with a second round TKO over Roberto Apodaca.

Todorov remains the last individual to defeat Mayweather in a competitive match.

Mayweather is a defensive virtuoso who has absorbed minimal punishment in the squared circle.

In fact, despite performing in 363 rounds, Mayweather’s officially been floored on only one occasion.

Journeyman Carlos Hernandez managed to send Mayweather to the canvas during a lopsided unanimous decision loss in May 2001.

Although Mayweather contends he retreated to the ground in pain after breaking his hand, referee Dale Grable scored Hernandez a knockdown.

Mayweather, with a net worth reportedly valued at $260 million, has been declared Forbes’ highest-paid athlete twice in the past three years.

“Money Mayweather,” who has pocketed a minimum of $25 million in nine consecutive showdowns, will bank roughly $120 million for, at most, a 36-minute dustup with Pacquiao.

The 5-foot-7, 145-pound Bieber, who has escorted “Pretty Boy” to the ring on multiple occasions, began training with Mayweather last autumn.

Mayweather claims Bieber has exhibited decent skills as a pugilist.

With Orlando Bloom and countless detractors lurking, Bieber should focus on learning defensive techniques from Mayweather.

The 5-foot-11, 160-pound Bloom infamously assaulted Bieber in July at a restaurant in Ibiza.

Tecate is the official presenting sponsor and the exclusive beer sponsor for the fight of the century between Floyd Mayweather Jr and Manny Pacquiao on May 2.

Up until May 3, passionate boxing enthusiasts 21 and older can share who they think will be crowned winner of the match using the hashtag #MyBoldOpinion. Tecate will pick the best, boldest, most passionate posts and select those topics to be discussed on film by some of boxing’s legends, including Sylvester Stallone and HBO sports commentator Larry Merchant.

To join the conversation visit https://twitter.com/tecate.