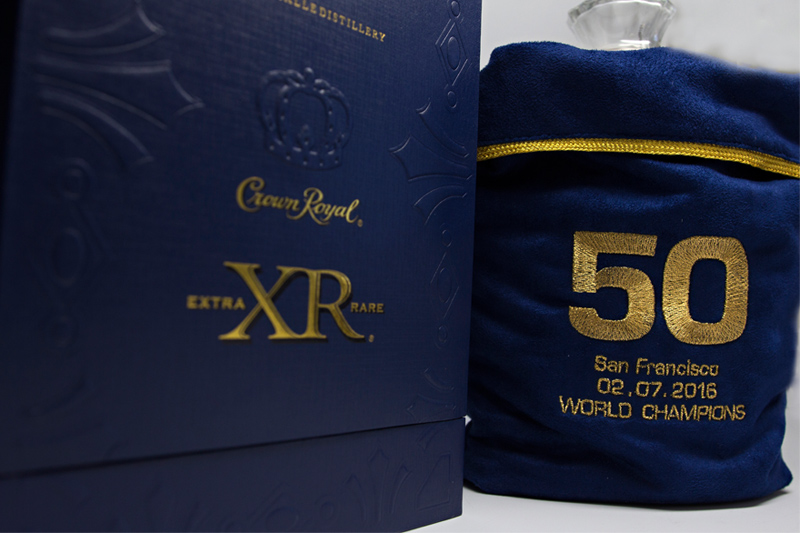 Some go to Disney World after the big win, but not Denver Broncos Linebacker, DeMarcus Ware. After winning Super Bowl 50 on Sunday, DeMarcus took to Instagram to share what he gifted the entire Broncos team; specially embroidered bottles of Crown Royal XR.

“We worked incredibly hard this season, so I wanted to give my teammates something to honor the fact that we’re the best in the world,” said Ware. “Since we took the Crown and are officially Champs, I’m giving everyone on the team a bottle of Crown Royal XR, an extra rare whisky, that has been specially embroidered to commemorate our championship. I can’t wait to take the time to enjoy this moment by toasting the best whisky with the best teammates; it really doesn’t get any better than this!”

Now Ware has the right idea, unlike Peyton Manning and his Budweiser obsession. Crown Royal XR is named extra rare for a reason. Made available in limited quantities, this delicious whisky hails from the LaSalle Distillery near Montreal which is no longer producing whisky.

Visit Crown Royal online to learn more about XR and the rest of their portfolio.