How to Become a Follower of Soccer

Did you know that soccer is the fastest growing sport in the United States? Perhaps it’s because of more exposure on television, of the rise of the women and men’s national soccer teams, but in recent years there’s been an explosion of interest in the sport, which has historically had difficulty gaining a foothold in the country. If you have an interest in becoming a follower of soccer but don’t know where to start, then don’t worry: we’re on hand to help. In this blog, we’ll take a look at how you can become a soccer expert in no time at all. 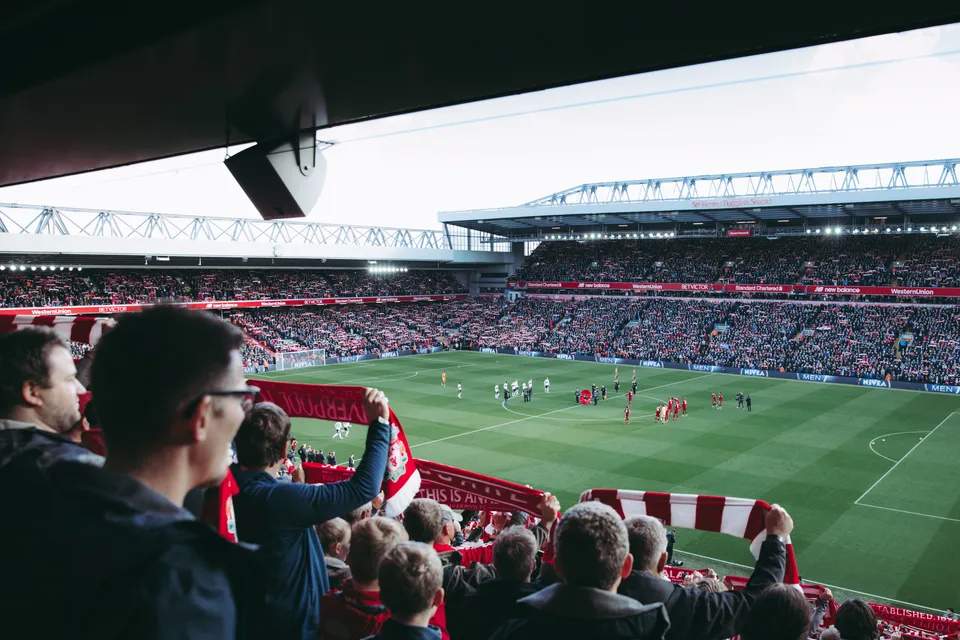 There’s much to learn about soccer, but you don’t need to know all that stuff when you’re first getting into the sport. Part of the reason why soccer is so popular across the world is that it’s accessible. You can enjoy it even if you only have a basic understanding of what’s involved (in basic terms: two teams of eleven players try to outscore each other). So the next time there’s a game on television, tune in. In all likelihood, you’ll be drawn by the sport, especially the passion of the supporters. If you happen to watch a boring game where nothing happens, then don’t give up on the sport just yet — those snoozefest 0 – 0 games do happen, but they’re not the norm.

While you can enjoy a standalone game just fine, at some point, you’ll want to have a deeper understanding of what’s going on. While the basic concept of the sport is easy to follow, you’ll find that sooner or later you’ll get a little confused if you don’t understand more. You could be asking yourself, ‘why was that goal disallowed?’ or ‘why don’t they take off that player and bring on someone else?’ These things can have a big impact on the overall result of the match, so it’s good to have an understanding of what’s allowed and what’s not allowed if you’re going to enjoy the game to the full.

You’ll also find soccer is much easier to follow if you have an idea of what they’re all fighting for. You can’t understand the passion of the fans or why players fight to the death if you don’t know what’s at stake. It’s obvious that the teams towards the top of the league are fighting to be crowned champions of the division, but what else is going on? In European leagues, there are multiple tiers, and it’s possible to move down or up a division depending on where you finish. For instance, the three teams that finish at the bottom of the league table move down a division. This is why, sometimes, some of the most exciting and interesting games are among the teams who are in these positions — they really fight so that they can stay in the top division.

While you can support the sport in general, and enjoy teams between any two times, you’ll find that it’s much, much enjoyable if you have a specific club that you follow. It’s the same as the NFL: choosing a team just makes everything more interesting. It makes the wins even more enjoyable (and the losses even more devastating). So look at picking a club. Which team you choose will depend on various factors. If you’re following the MLS, then you may choose the team that’s nearest to you. If you’re following an overseas team, such as an English club, then it’s a good idea to do your research. Each club has its own identity, culture, history, and so on. Taking a look at the whole package — rather than simply looking at how that club is performing right now — will allow you make the right choice, one that’ll allow you to support your club through thick and thin. Remember: you won’t be able to change your team later on down the line. A club is for life!

If you’re watching the best football leagues, then you’ll be watching the world’s best players. These athletes are at the top of their game. Indeed, there is one player right now — Lionel Messi — who isn’t just the world’s best player, he’s most likely the best player to have played soccer. You’ll have a greater appreciation for the talents of the players — and be more sympathetic when they make mistakes — if you have something to compare their talents with. For example, your own talents. If you want to understand just how good these players are, invest in a soccer ball and go for a kick. You’ll soon see that what some players do is nothing short of miraculous.

Dive Into the Culture

Soccer is an interesting sport, no doubt, but that’s not the real reason why so many people love it. All sports are interesting; what is it that makes so many people love soccer? It’s because it’s about more than the simple act of 22 players kicking a ball. There’s a broader culture, one that connects fans to each other, the club, and the history. The more you understand this culture, the closer to your team and the sport in general you’ll feel. It’s also recommended to connect with others, either online or in-person. There may be a supporter’s club in your area, especially if you support a big team. Go down and watch the game together!

It’s all good and well watching a game on television, especially these days, when the standard of the coverage is so high. But it’s not like seeing a game in person. If you’re at the ground, then you’ll have a much more comprehensive understanding of the sport. Plus, you’ll get to experience the atmosphere first hand. All games are good, but for the best experience, take a look at visiting one of the world’s most historic soccer grounds to watch a match. There are some places that have an atmosphere unlike anything you’ve experienced before.