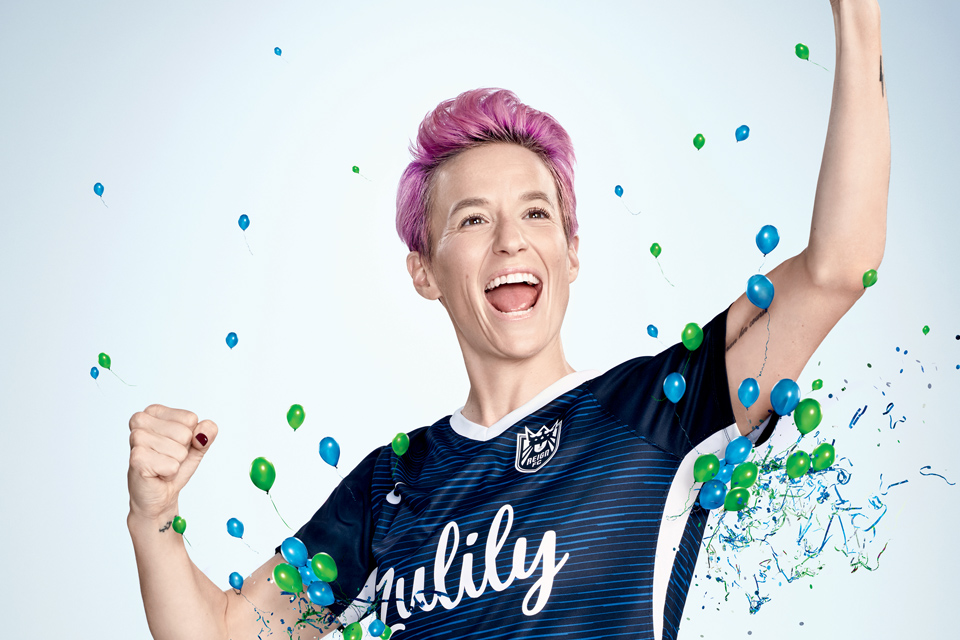 Back in July, Budweiser called on fans to support the National Women’s Soccer League (NWSL) with the #WontStopWatching movement. Their goal was to increase the support of the NWSL during regular-season games and not just high profile events like the World Cup. Now, Budweiser–the official beer sponsor of the NWSL–is pushing its initiative even further by calling on other brands to become future sponsors of the women’s league.

Women’s sports teams have always been vastly underpaid in contrast to the men’s teams, and sponsorships are a big reason because of this. Having Anheuser-Busch’s sports marketing team partner with NWSL is a big move in the right direction for the players to receive the compensation they deserve. Launching today, Bud’s “Future Official” campaign will call on businesses to become the next sponsors of the NWSL. The campaign will give fans the opportunity to show their support by pre-ordering future official products of the NWSL before a sponsor officially signs on. The Future Official e-commerce site and print, online and video ads starring Megan Rapinoe will facilitate pre-ordering of “Future Official” products from a wide range of available sponsor categories. Here are a few of the ads starring Rapinoe: 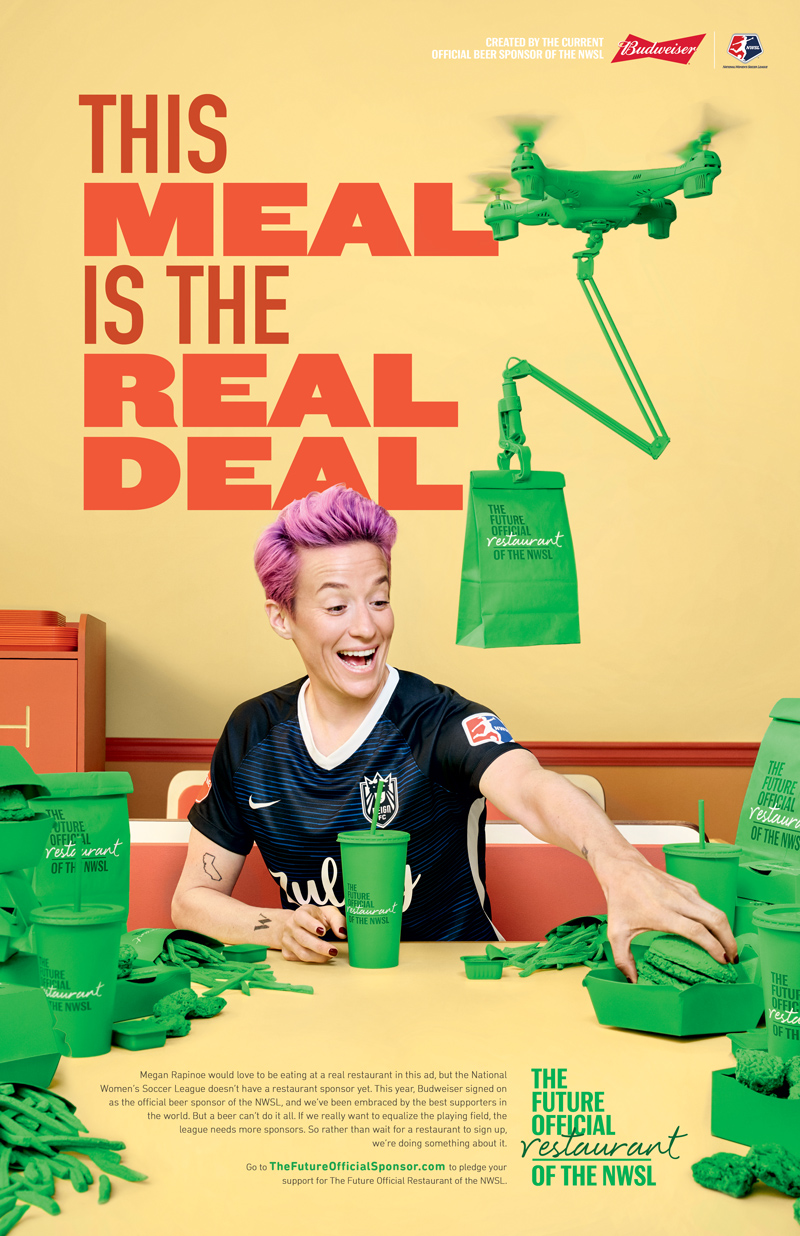 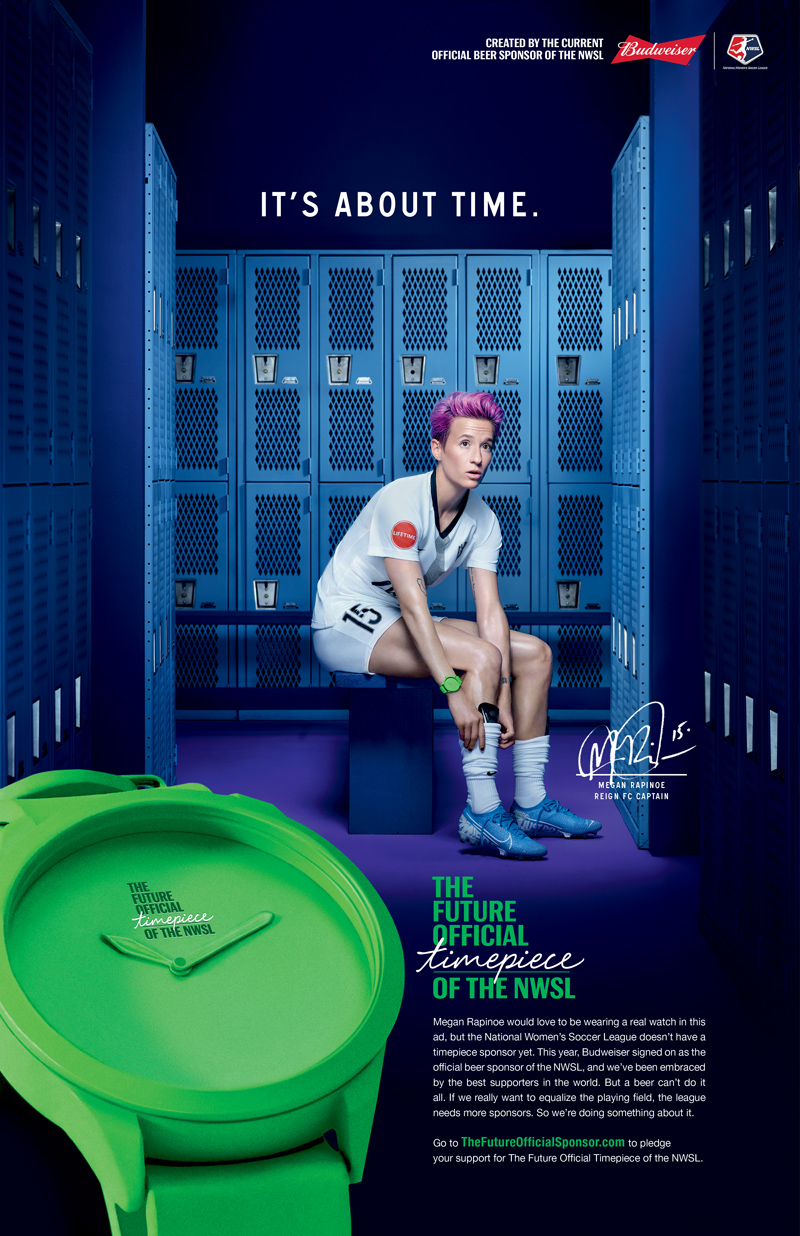 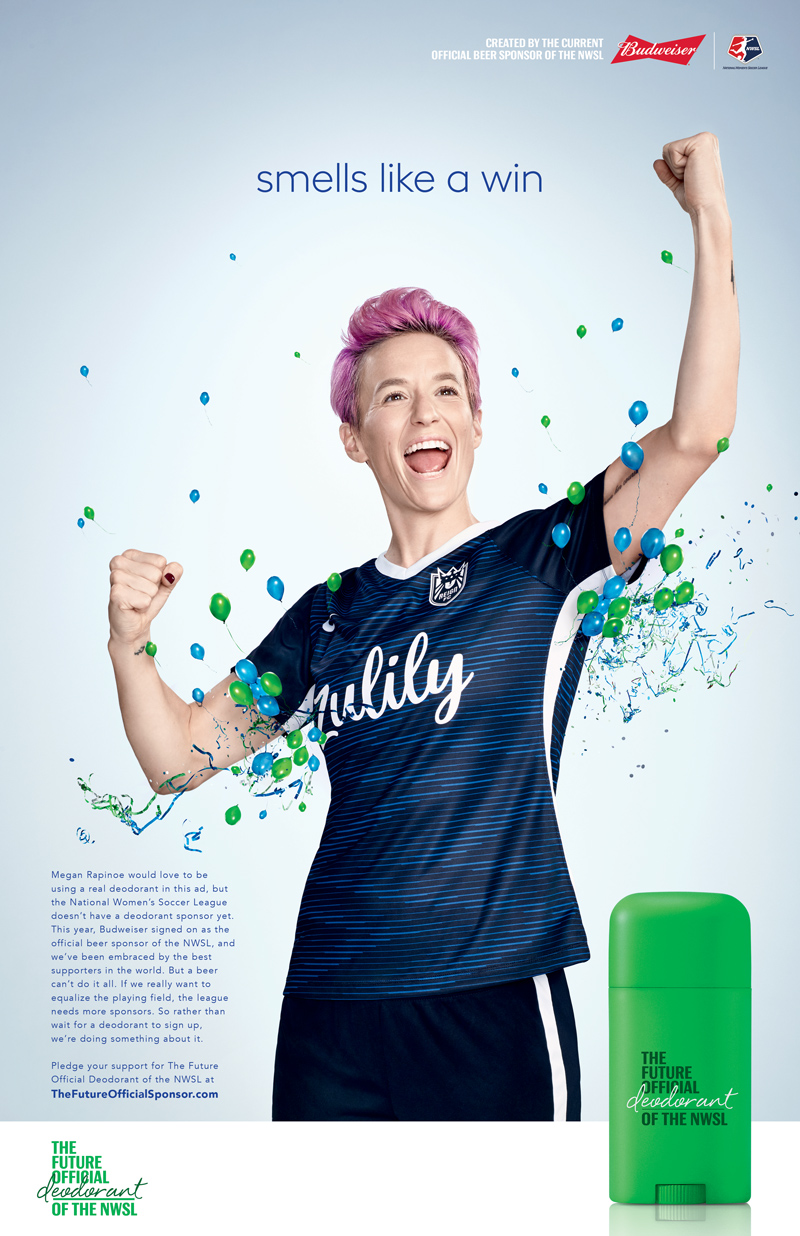 Kicking off the campaign, Budweiser has released a new short film – “It’s Worth Watching” – set to air during Sunday’s matchup on ESPN. The short is narrated by Megan Rapinoe, who calls on brands to become the official sponsor of the NWSL because “the more support the league gets, the more the world will watch. The more the world watches, the closer we get to an equal playing field.” Well said, Megan, well said!

“When the USWNT returned from France, the next step was making sure fans continued to support women’s soccer on a year-round basis. And they answered our rally cry by supporting the NWSL with both record attendance and viewership this year. Now, with the “Future Official Sponsor” campaign, we turn to other brands and encourage them to support the league like passionate fans.”