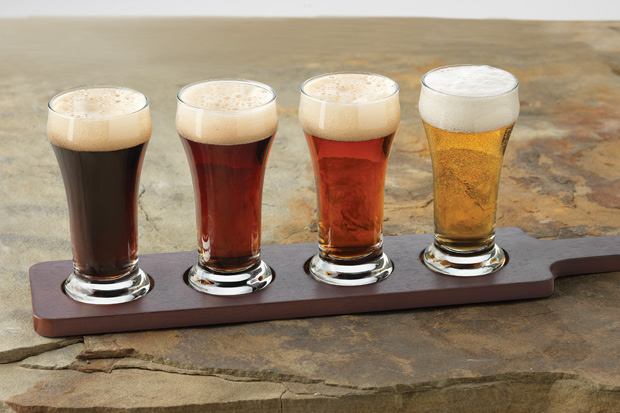 San Diego has been called “The Napa Valley of Beer,” and for good reason — the county is home to more than 70 breweries of excellent quality. If you fancy a cold pint, a holiday in San Diego presents the perfect opportunity to sample some of the best beers in America. These 10 San Diego breweries are especially celebrated for the quality and variety of their offerings; take a tour of one or all, and you’ll return to India inspired to brew your own — or at least throw out that old Budweiser you have in the fridge.

If you ask the locals, many of them will say that Alpine Beer Company makes the best beer in the city. Alpine Beer Company is known for its widely admired West Coast–style India pale ales, though its small size means that the beers are hard to come by outside the brewery itself. If you make the trip, try the Nelson, Pure Hoppiness, Exponential Hoppiness or Duet.

Stone Brewing Company offers the holiday-goer in San Diego far more than a taste of delicious craft beer. To be sure, its oatmeal stout, white IPA and British pale ales are without equal. Lounge in the brewery’s sun-splashed garden, take a brewery tour or treat yourself to delicious farm-to-table cuisine at the brewery’s restaurant.

Brewer Paul Sangster had already accumulated a heap of awards and trophies by the time he and his partner, fellow brewer Guy Shobe, opened Rip Current Brewing Company. In fact, Sangster was named California Homebrewer of the Year in 2011. In addition to their regular beers, Rip Current regularly mixes things up with novel batch offerings. Green Flash’s offerings run the gamut from Belgian witbier to West Coast IPAs and English barley wines; the brewery is credited with inventing a whole new style of beer, the West Coast IPA. Demand has exploded, leading the company to break ground on a new East Coast brewery that will open in Virginia Beach in 2016. For now, you can sample their beers straight from the source on your trip to San Diego.

If you visit one brewery during your stay in San Diego, make it the San Diego Brewing Company. The brewery’s original facility opened in 1896, and though it closed for a time during the Second World War, it is now open again to carry on the city’s fine brewing tradition. Here you can enjoy 50 beers on tap, in addition to the ones brewed fresh on the premises.

A forerunner in barrel-aged beers and sours, The Lost Abbey/Port Marcos Brewing Company offers a selection of West Coast Belgian-inspired ales and the exciting concoctions that result from mixing very differently flavoured beers in one cask. Try the Duck Duck Gooze, a blend of Belgian lambics, or the stouts of the Veritas series.

Another old-timer, Coronado Brewing Company has been on the scene in San Diego since 1996. Their new 30-barrel brew house is capable of producing 60,000 barrels of tasty suds a year. Try the light, citrusy Frog’s Breath IPA, the Blue Bridge Coffee Stout, the Coronado Golden or the Stupid Stout.

This combination brewery and distillery offers visitors the chance to sample local liquors as well as the area’s widest variety of beer styles. Whether you fancy ales or lagers, stouts or IPAs, Ballast Point Brewing & Spirits won’t disappoint. Try some of their uncommon smoked beers, chilli beers, cask ales and barrel-aged brews. You’ll see why Ballast Point was named the Best Small Brewing Company in the 2010 World Beer Cup.

San Diego’s brewers are so skilled that many people travel to the area primarily to sample its many delicious beers. Of course, there are plenty of other things to do in San Diego, but if you find yourself getting sidetracked in a sunny, coastal beer garden, don’t feel too bad — you certainly won’t be alone!