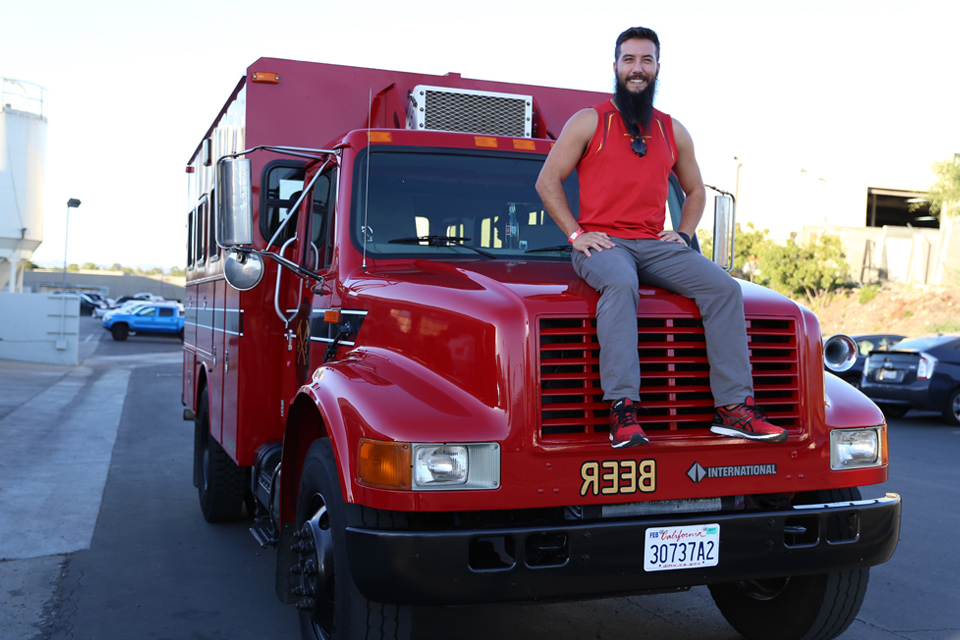 I Toured San Diego’s Top Breweries on a Fire Truck

Living in Los Angeles has many perks. One of them being its close proximity to San Diego. More importantly, San Diego’s breweries.

A few months back, I went south to dive a bit deeper into their beer scene by joining a private tour of some of San Diego’s hottest breweries. The tour was led by Hotshots Brewery Tour, a local tour company that takes groups around to sample beer in converted fire trucks. Currently, Hotshots has 12 brewery partners, though most packages only have you stopping at 3-4 breweries. More incentive to come back, perhaps? As if riding around in a fire truck going from brewery to brewery wasn’t cool enough, the inside had cold beers and charging cables to keep us connected and hydrated in-between stops. Our day consisted of Green Flash Brewing Co., Ballast Point, and Stone Brewery, where we ended our adventure with dinner on their massive outside patio. In addition to those four breweries, Hotshots Brewery Tours are partnered with Alpine Beer Company, Thorn St. Brewery, Belching Beaver Brewery, Mike Hess Brewing, Border X Brewing, Bolt Brewery, Mission Brewery, Knotty Brewing, and Ale Smith Brewing Company. The Hotshots team will help coordinate 4-6 tasters at each stop, as well as food depending on the package you choose. On one of the stops, you will be guided through the brewing process on a behind the scenes tour of the brewery.