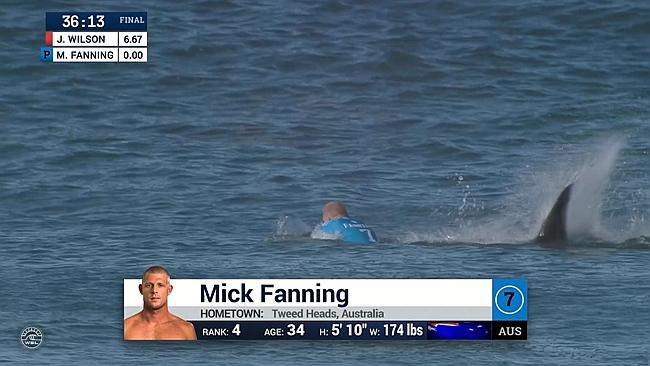 It was just another ordinary day in the water for Mick Fanning, that is until a great white shark decided to attack him. Mick Fanning along with Julian Wilson were in the final heat of the 2015 J-Bay Open when the unexpected shark came up for what looked like some Fanning meat. Luckily for the two pro-surfers they made it onto the support boat unharmed, with the event called off and the prize points and money split between the two.

After watching the video of the shark attack, you would think a piece of the surfer would have left with the shark. Here was Mick Fanning’s reaction after the attack:

“I’m tripping out right now. I just saw the footage of the attack. I was just waiting for my opportunity in the heat and I knew Julian was down the point. I was just about to start paddling and I had this instinct that something was behind me. And then the shark came up from behind me and attacked. I got pulled under water and was being dragged under by my leg rope. Then it kicked me off and I punched it a couple of times. Then my leg rope break and I was just swimming. I was yelling at Julian to get away but he was coming towards me to help. What a legend. Then I was just readying myself for it to come at me again so I turned around, hoping I could at least see it coming. And then before I knew it the boat was there and I was safe.”