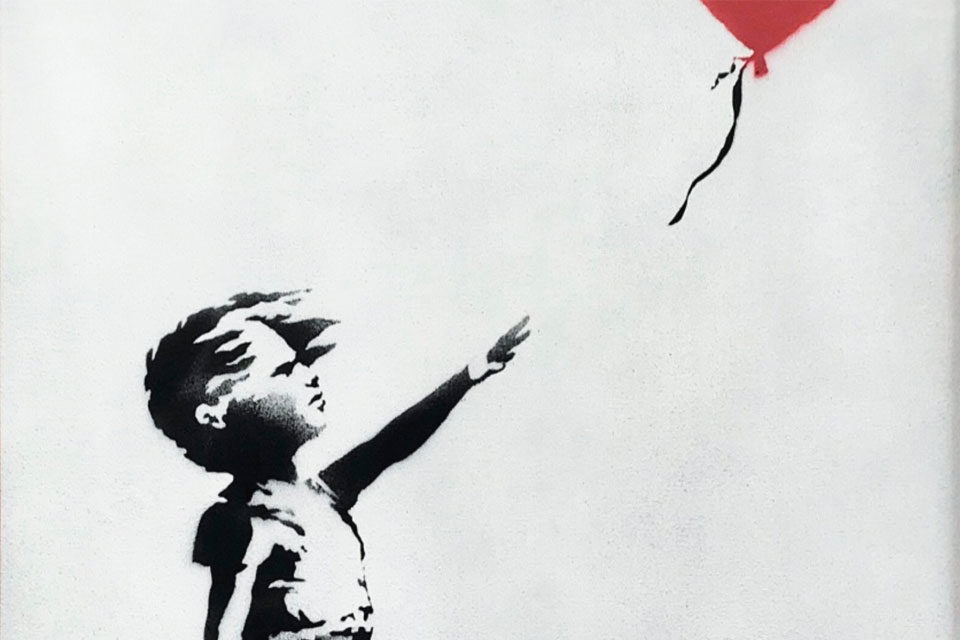 Did you really think that Banksy would let one of his art pieces sell at auction without some sort of spectacle? I think not, my friends.

This past Friday, Banksy’s Girl With Balloon was sold during a Sotheby’s auction for approximately $1.4 million. Immediately after the the Bid Caller closed the sale with his gavel, the painting began being shredded. It was later discovered via Banksy’s Instagram that he installed a built in shredder into the frame in case Girl With Balloon was ever sold. Talk about a long con.

Watch the video below to see the painting get shredded in front of everyone at the auction.

. “The urge to destroy is also a creative urge” – Picasso

Don’t feel bad for the person that won the auction. Chances are the Girl With Balloon is worth a lot more money now.