If you’ve watched the hit show Mad Men, then you know that the advertising world in the 1950s was extremely sexist. The mere thought of a woman being on the same level as a man was outrageous. Sadly, in many ways, we are still having a similar issue today even though it’s nearly 70 years later.

Today, to celebrate International Women’s Day, Budweiser partnered with #SeeHer and recreated their 1950s ads by showcasing the women portrayed in the original ads with more balanced and empowering roles. Three prominent female illustrators were tasked with using a single theme to recreate their ad: independence, equality, and fulfillment. 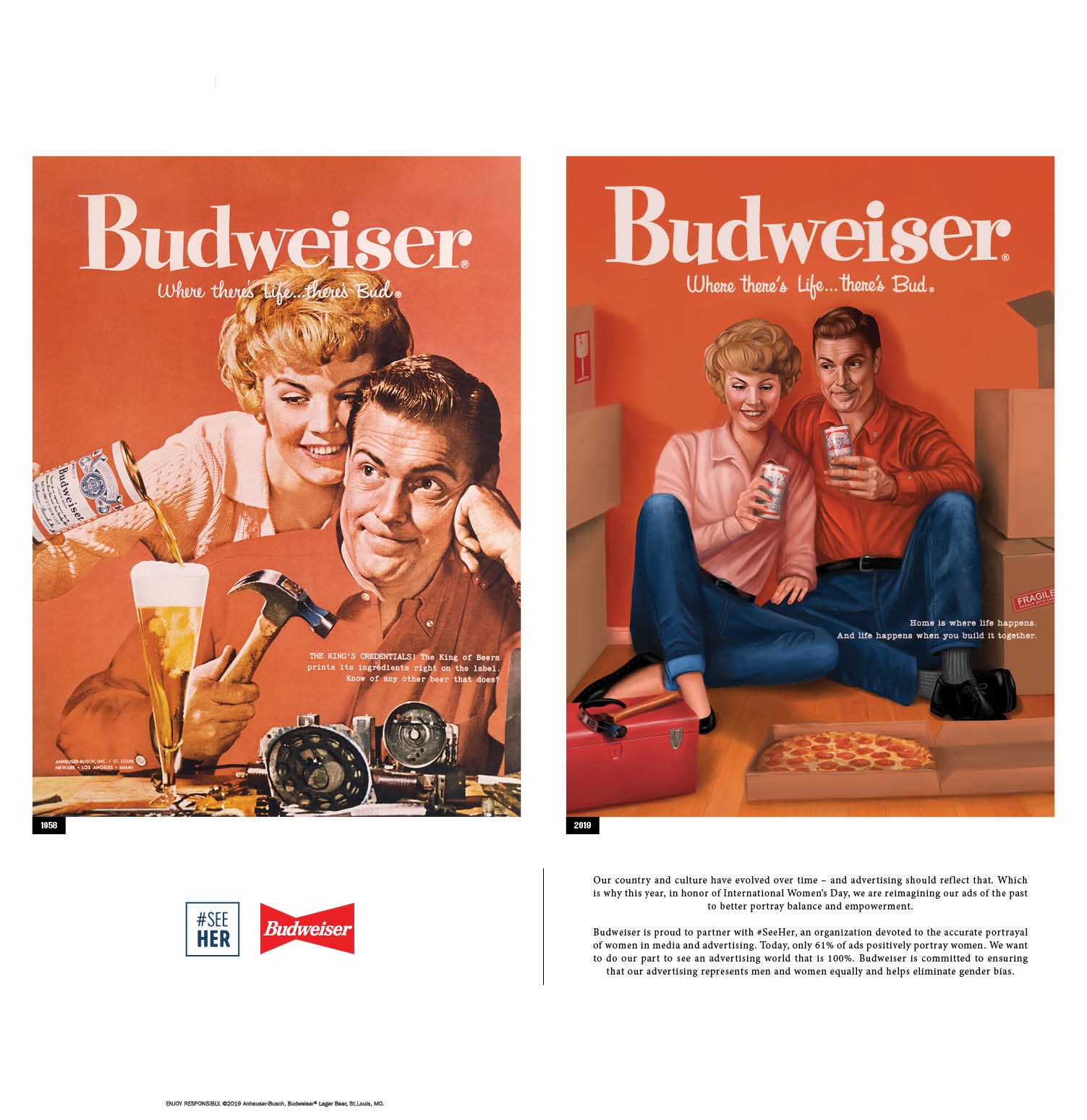 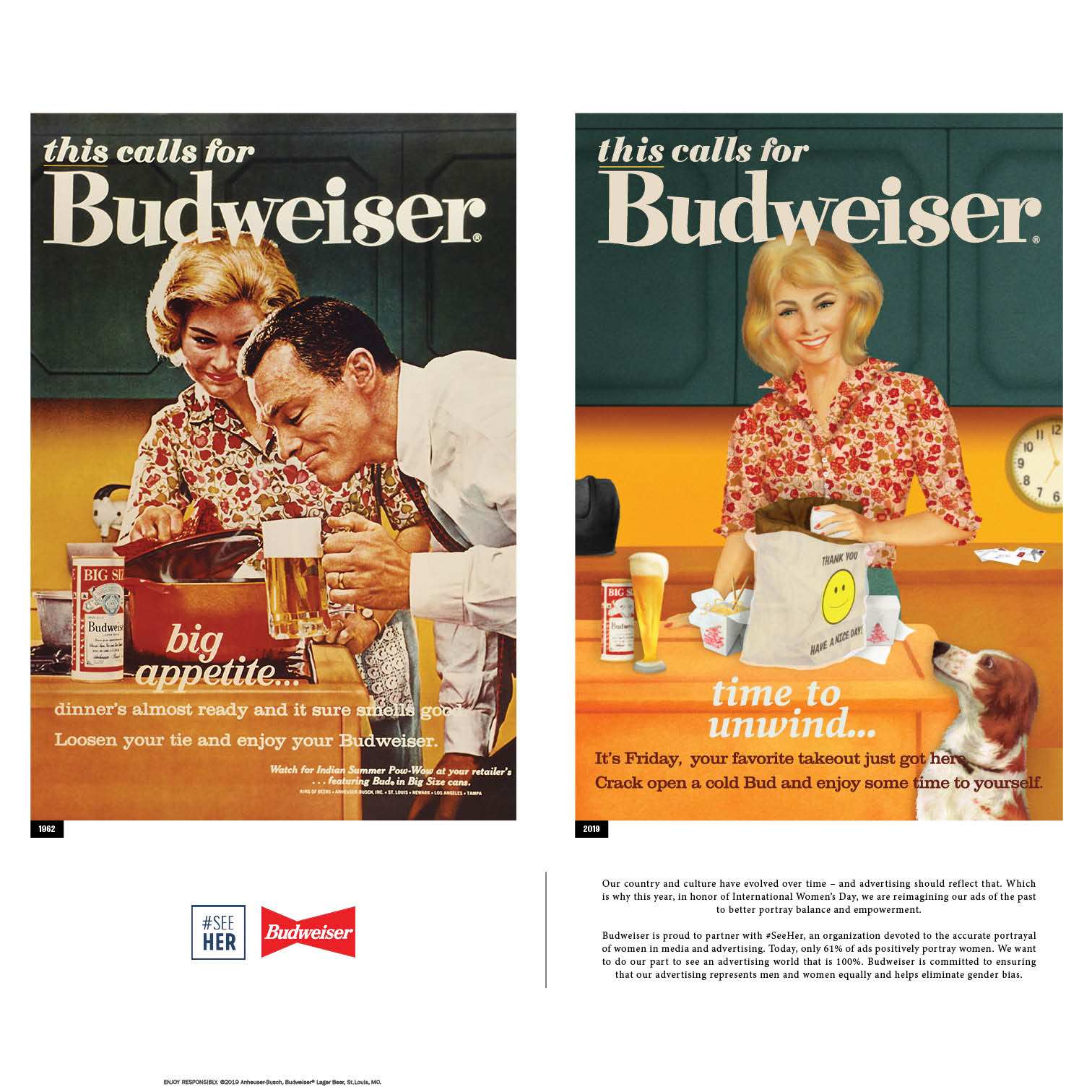 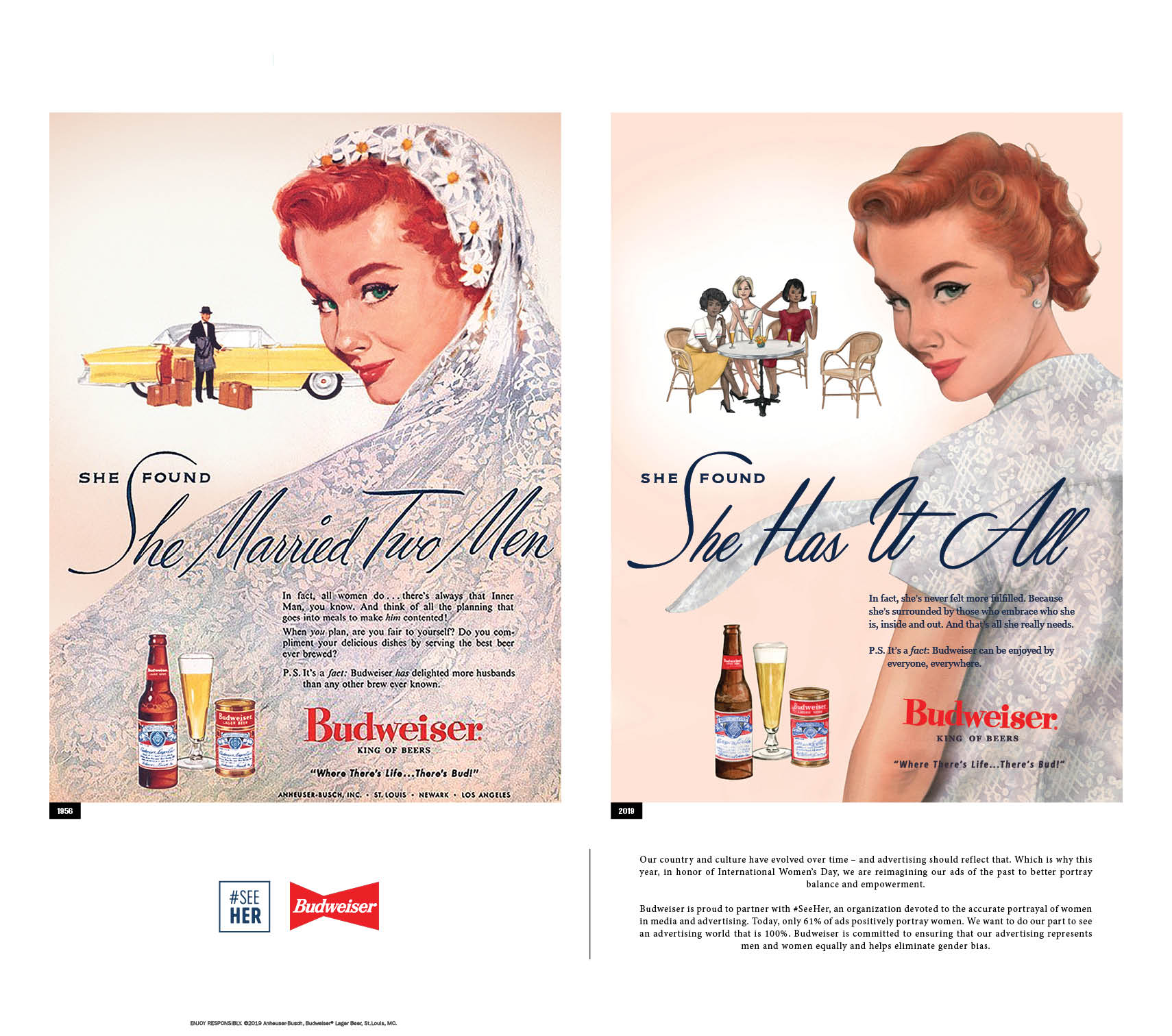 It may not be apparent to my male readers, but only 61% of ads positively portray women. Budweiser is looking to change this with its new commitment, where that number is no less than 100%.

Cheers to that and International Women’s Day.