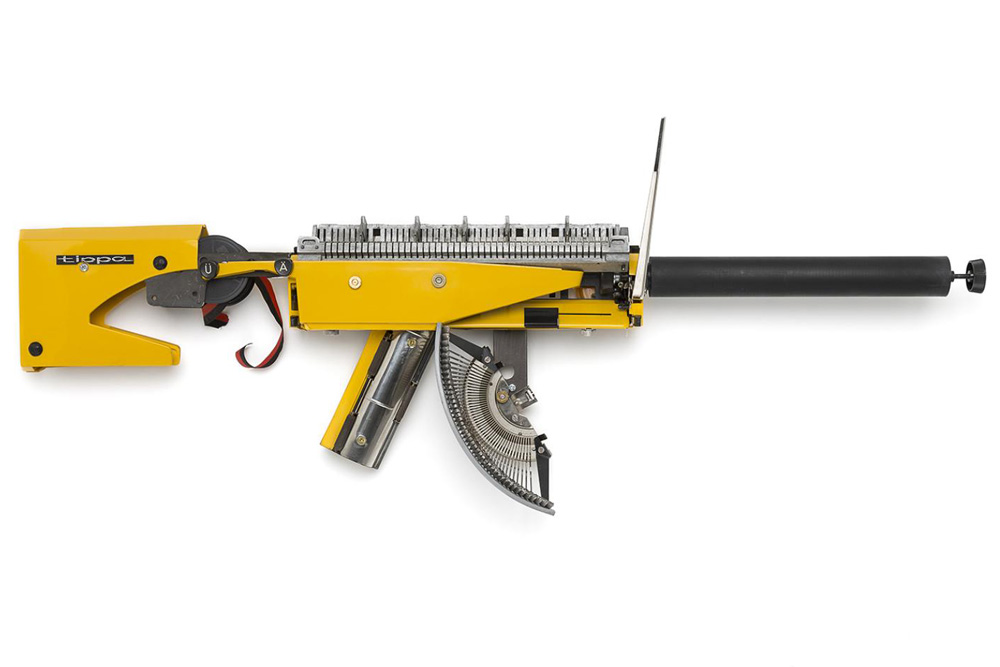 Gorgeous Typewriter Guns Have a Lot to Say

Whether before or after the age of computers, I don’t know that there’s ever been a kid didn’t have their imagination struck by typewriters. For some, it transformed the user into a 1930s journalist. And for others, maybe it granted wishes that were typed out. As for artist Éric Nado, it was something a little more disquieting. However, that ‘something’ is what led to the creation of an epic artistic collection. As he stated in a recent Creators interview, “The sound of the keys evoked, for me, the sound of guns going off. It is this memory that initiated in me, years later, a new obsession, fueled by what were now years of experience in technical manifestations of art.”

To make the collection, aptly named Typewriter Guns, Nado disassembled typewriters and used every part to reform it into a beautifully unique (nonfunctional) gun. Regardless of how you feel about these weapons themselves, these pieces represent an insightful link between guns and writing. Nado explains, “Since Gutenberg, traces of history have been found in pages and bookshelves for readers. In some way, the Typewriter Guns link words and arms together, evoking that words are stronger than guns and tie the history of press with the history of war.” Watch a short video of Éric creating one of these pieces below.

For more about his work, and to see his other collections, you can check out Éric’s site here.