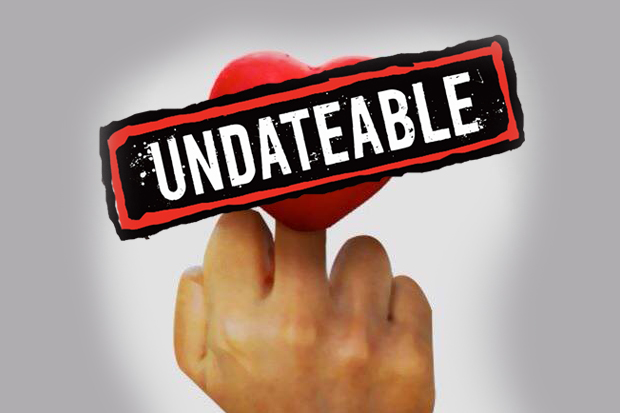 I was recently invited to check-out one of Second City’s shows in Hollywood called UNDATEABLE. The show is based around real life people looking for love via online dating. Robyn Lynne Norris came up with the idea after a phone call with a friend asking for advice in the love department. Using the extremely popular dating site OK Cupid, Robyn created her first “fake” account named TracyLovesCats, a 36 year old insane cat lady.

“I love KITTIES! If you don’t love kitties then you won’t love me. Beep, boop, beep, bop.”

To much of Robyn’s surprise, her OK Cupid inbox became flooded with messages from men. Using the same template from her first profile, she experimented with more “Undateable” personalities with the help of her friend Bob Ladewig. Staging a photo shoot with friends, they posted an additional 38 fake “Undateable” profiles across the country in the top 10 cities for online dating. Using the odd, yet interesting results from their fake profiles, UNDATEABLE was hatched. And as you can probably imagine, seeing Robyn’s team act it out on stage is absolutely hilarious. I don’t want to give away too much, but I will say they don’t really hold back. The usernames from the actual accounts used, and messaged from, were used in the show. I know, because after I went and looked up a few. It’s no joke.

I highly recommend you check-out UNDATEABLE if you’re in Los Angeles or just passing through for the weekend. Just be warned, you may feel a slight bit of discomfort and embarrassment while watching it. I for one can admit to having some really sad, pathetic, cheesy online moments myself come to mind while watching the show. But hey, maybe you’ll leave the show feeling better about your secret online dating life.

UNDATEABLE is now on its 3rd extension and can be seen every Friday @ 9pm, Second City Hollywood. Get your tickets here.