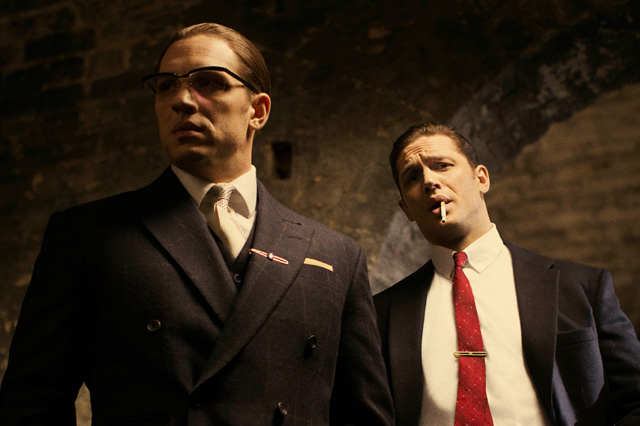 If you didn’t know better, you might actually think Tom Hardy was a twin. For his upcoming film ‘Legend’, Hardy plays both London’s notorious gangsters, Reggie and Ron Kray. Legend is a true story based in the 1960s showcasing the rise and fall of the brothers as they attempt to takeover London. Directed by Brian Helgeland, Academy Award winner for L.A. Confidential, Legend will also star Emily Browning, David Thewlis, Chazz Palminteri, Christopher Eccleston, and Taron Egerton.

Watch the first official teaser trailer for Legend above, and look for it to hit theaters on September 11.