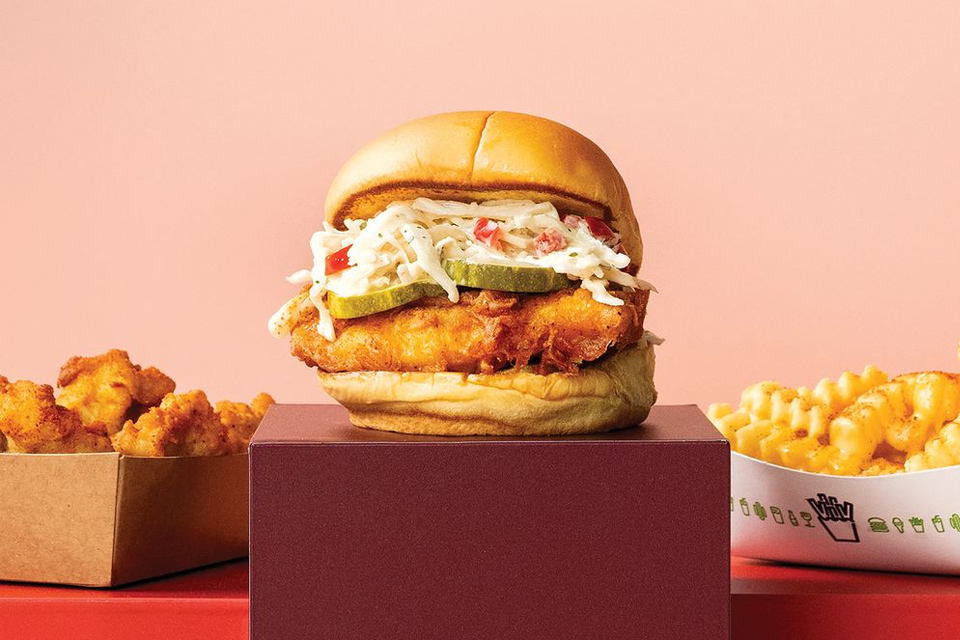 One of the most sought-after items to date, the Hot Chick’n features a slow-cooked chicken breast piece in a creamy buttermilk marinade and dipped by hand, dredged through seasoned flour, and crisp-fried. The juicy chicken is then dusted with a combination of guajillo and cayenne pepper, coupled with Shack-made cherry-pepper slaw and pickles, and served on a fluffy potato bun.

To celebrate the launch of their Hot Chick’n return, Shake Shack has prepared new accompanying menu items: the Hot Chick’n Bites, Hot Spicy Fries, and Hot Spicy Cheese Fries, which feature the same guajillo and cayenne pepper seasoning, served with ranch sauce. Additionally, this time around, Shake shack will offer all the Hot Chick’n items in two levels of spice-Hot and Extra Hot.