If you’ve not heard of the watchmakers Frederique Constant and Patek Philippe, I’ve got a challenge for you. If you have, pretend you haven’t and join along anyway. These two watches, both rose gold, both displaying hours, minutes, seconds and the date, stand apart in price by a factor of twenty to one. Can you tell which is which? 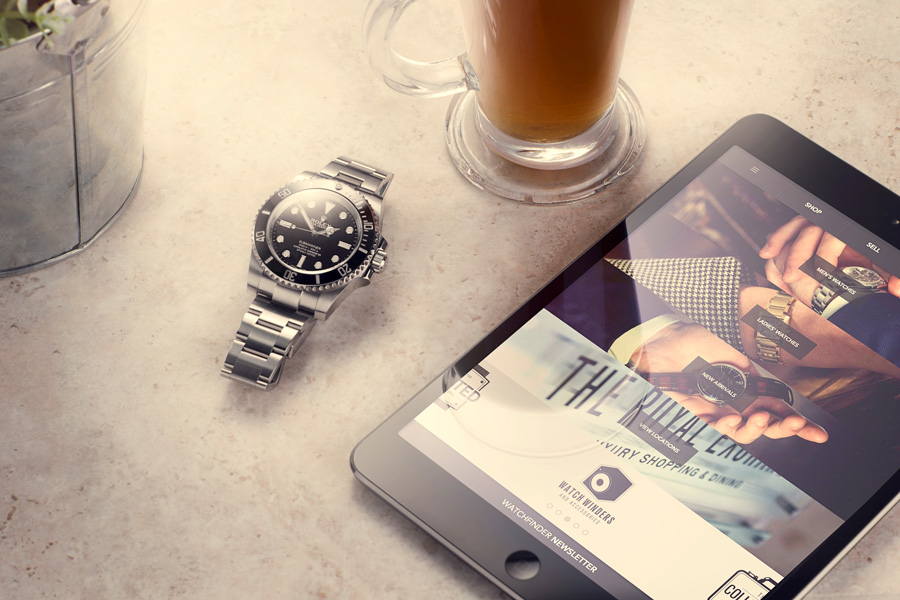 A $26,400 watch is not something you see every day, especially not one that just tells the time. $1,320, on the other hand, seems like a better ballpark for a watch driven by springs and not sparks, that keeps count of the passing minutes with teeth on gears rather than bits on chips. It’s old-school—some of the oldest—but the disparity between the two is going to need some explaining.

If you were to play this solely by the numbers, you’d start with the fact that there’s a significant amount of gold on show here. As we all know from pirates and their lust for treasure, gold is rare, desirable, and expensive, and that’s why the cheaper of the two watches has not been entirely truthful in its appearance. Whilst the $26,408 watch is as pure a gold as the heart of Kenneth Parcell, the $1,320 watch is only gold where you can see it, on the outside. The watch is gold plated, is what I’m trying to say.

Given that a solid gold watch weighs in the region of two hundred grams and that gold currently costs around $59 per gram, you can see why the $1,320 watch isn’t really made of the stuff—at least not without being $10,560 in the hole.

But $10,560 is still nowhere near $26,408, even accounting for the margins made by the manufacturers. So, the difference in price isn’t just the gold, so how about their complexity? Well, given that they perform the exact same job, telling the time and date, that’s not the case either. Sure, the center seconds of the Frederique Constant is a trickier feature to pull off than the sub-second of the Patek Philippe, and the center date of the Patek Philippe is more complex than the date window of the Frederique Constant, but—well, we haven’t really got anywhere with that. 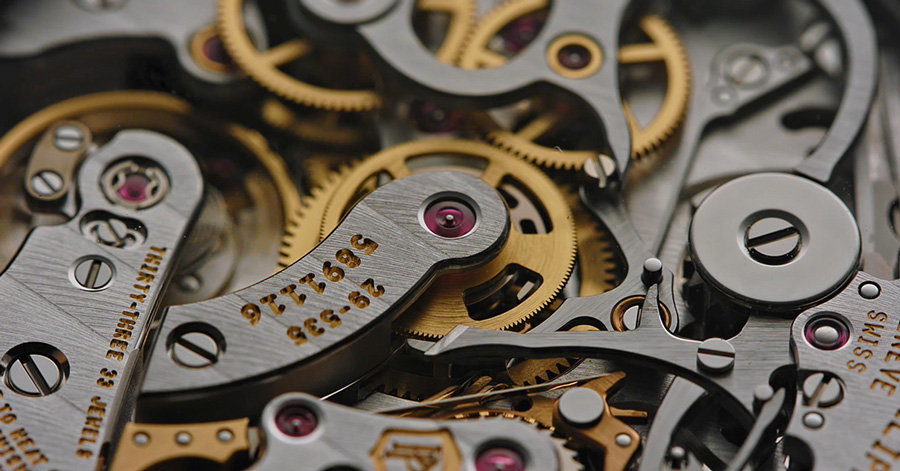 They’re both pretty simple watches, and so it becomes very difficult to assess why one might be worth twenty times as much as the other. Do you have any ideas yet? Can you see why one of these watches costs as much as a car and the other, as much as, well, a luxury watch?

We need to do what all good detectives do when the clues don’t appear to be making themselves known, and that’s to look closer. Only instead of with a magnifying glass, we’re going to study the details of these two watches with a macro lens. In case you don’t know the specifics, a proper macro lens projects the image of whatever you’re pointing it at onto the camera’s sensor or film at a ratio of at least one-to-one—which basically means we can see really, really close.

Let’s start with the bit we’re going to look at all day, the dial. Both are brown, both are decorated with gold—or in the case of one, gold-colored—hands and both are pretty simple. There’s nothing outlandish or ornate going on here.

What we do notice at high magnification, however, is that the markings on the Patek Philippe seem sharper, more crisp. The finish on the hands is cleaner. The sunburst graining on the dial is finer, catches the light better. Small details, and hard to justify the difference in price with, perhaps—so let’s go to something a bit more dramatic. 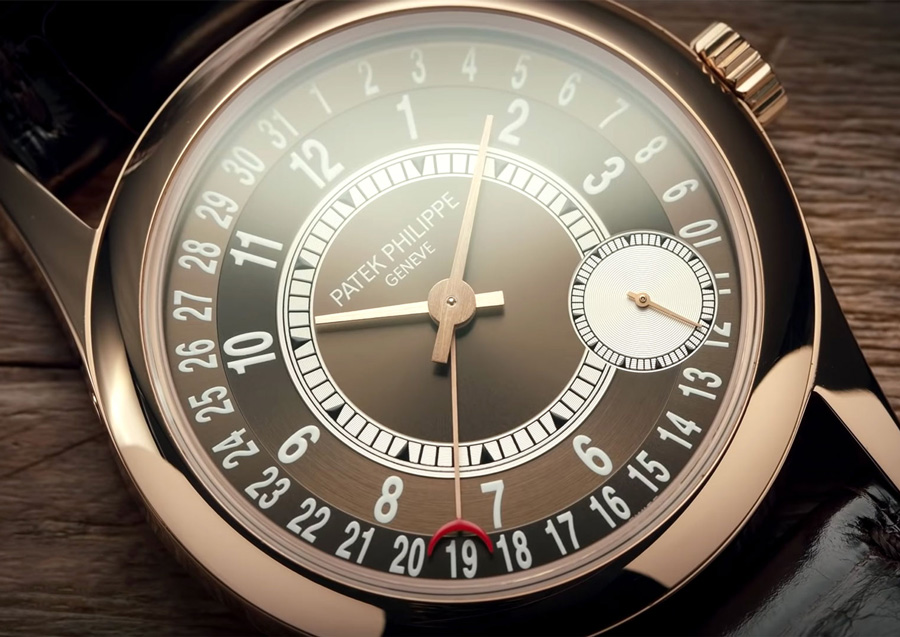 No, what I’m talking about is the craftsmanship, the refinement. Perhaps a luxury car, the kind you don’t drive yourself but are driven in, is a better example. The dash, the seats, the roof, it’s all the same as your everyday car, except its covered in rich, sumptuous leather. Whilst there may be leather on the straps of these two watches, there’s certainly none inside, yet that same attention to the materials and how they’re finished is a hugely important part of high-end watchmaking.

It’s rather telling, if you hadn’t guessed already, that the Frederique Constant has a solid case back. You can’t see what’s going on in there, and that’s probably because you’re not really going to want to. The movement here, the miniature spring-driven engine that turns the hands and keeps the time, is listed as the FC-303 automatic, but like the gold case, there’s something else going on here. 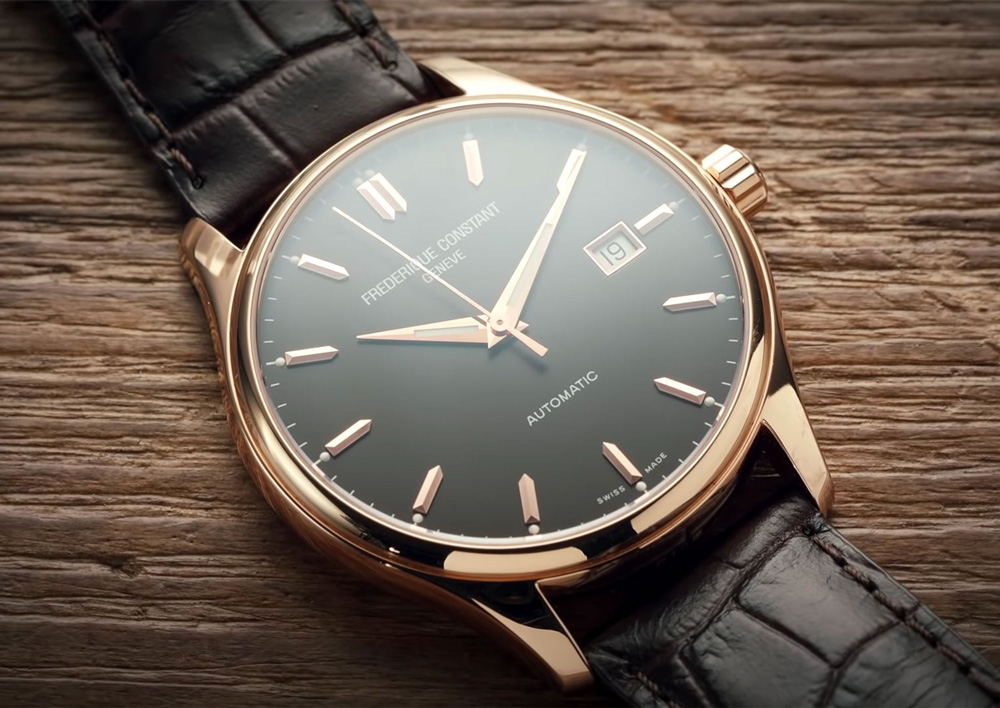 That’s because the FC-303 is also known as the Sellita SW200, a Swiss-made movement built to a budget for exactly this kind of watch. If you want a more affordable mechanical watch, it’s a fantastic movement, rugged, reliable and reasonable to own and operate, but it’s not exactly what you’d call … craftsmanship. The Patek Philippe, on the other hand …

Immediately with the Patek Philippe we see that the movement is there on show, displayed specifically to be seen. It’s an automatic just like the Frederique Constant’s—that means the spring that powers the watch is wound with a weight that moves when you move, rather than needing to be wound by hand every day—but it’s laid out in a completely different way for two very good reasons: one, to make the movement slimmer, and two, most importantly, so you can see all the good stuff.

Usually, this spinning rotor weight is laid out as another layer over the entire movement, which obscures all the parts that make it work. Not so with this calibre 240 PS C, which tucks the rotor in amongst it all so nothing gets hidden from view. And what a view! This is fine watchmaking at its very best, not just from a mechanical perspective, but an aesthetic one as well.

Movement finishing, or decoration, has evolved from a need to increase the fine tolerances of performance these delicate machines operate under and has since become the mark of the very best watchmakers, offering a visual display that demonstrates the sheer level of skill and effort that’s gone into making it.

The beveled edges, for example, were originally executed to prevent sharp corners from breaking away and falling into the moving parts. In the finest watchmaking, it’s applied in the same way today as it was back then, filed away by hand and then polished to a mirror finish with an abrasive paste on the end of a bit of stick. Yes, you heard that right, and it takes a very, very long time. 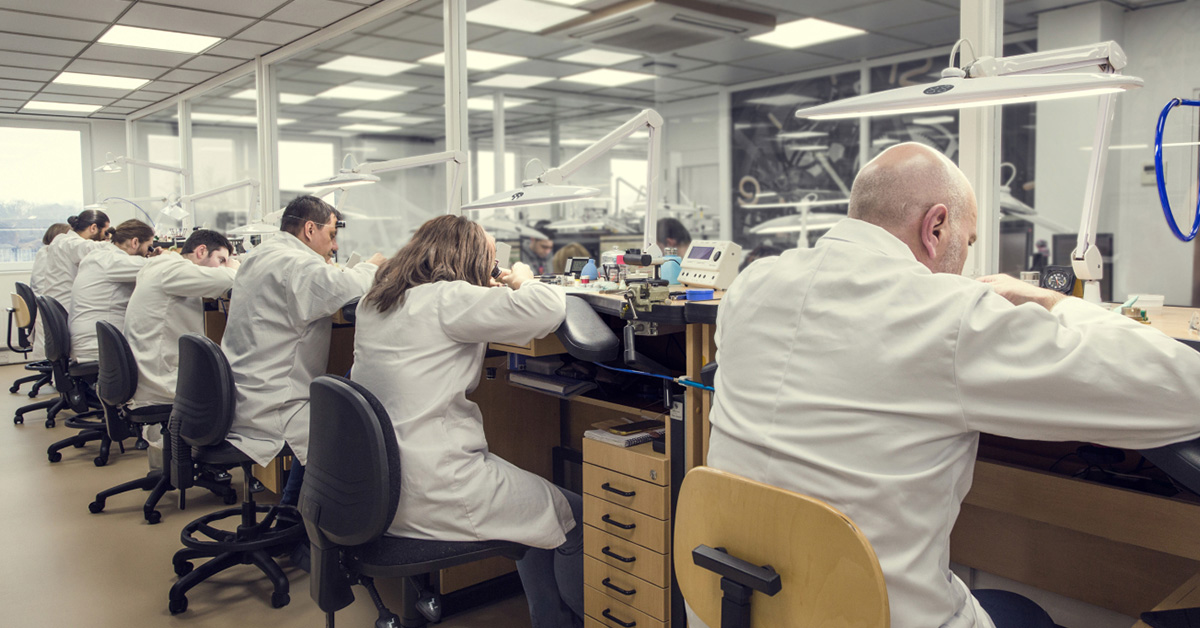 It’s a similar story with the graining, executed as both the fine stripes layered across the top of the movement and the repeating circular pattern at the bottom. These were originally designed to catch any fine fragments of metal that might find themselves lurking around the movement, and are today once again applied as they were back then, by hand and one at a time. Whether you can see it or not, every part here is grained, beveled, and polished to perfection, every last little piece. I bet you can imagine just how long that takes to do.

Okay, so whether you think all that adds up to a difference of $25,080 is up to you, but I think at the very least the difference between the two should be clear as day. It’s the difference between wanting to enjoy a good, solid piece of mechanical watchmaking and the very best mechanical watchmaking has to offer. Both are good, both have their place, both can be enjoyed equally. If you want the very best, however, now you know the price you have to pay. 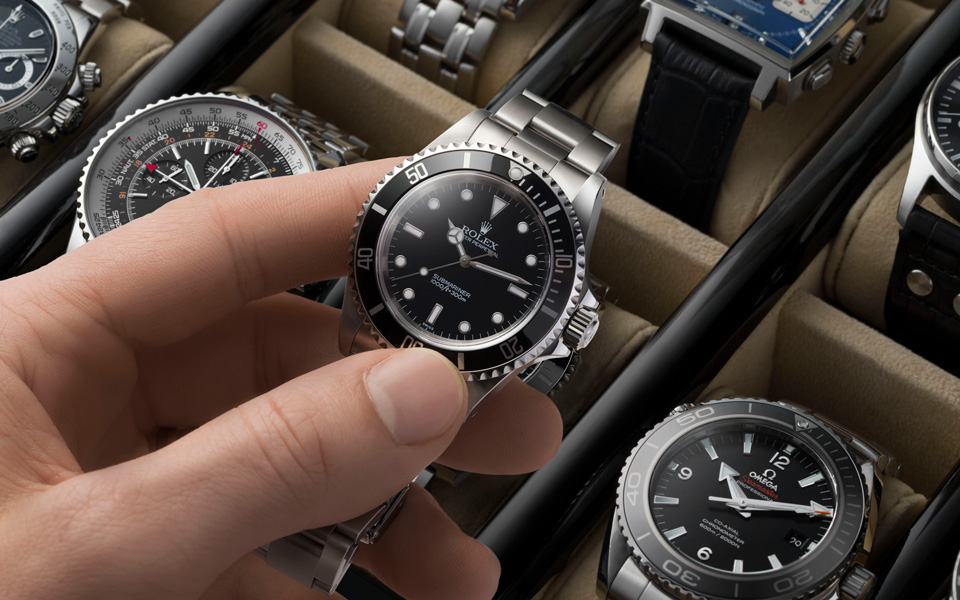