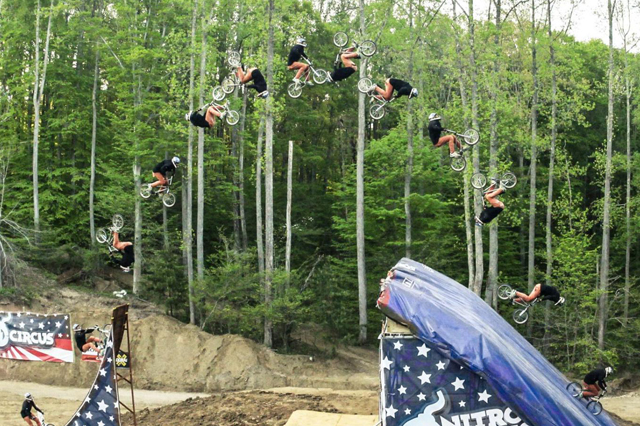 I don’t know about you but I’m scared to scrape my shin on a bike pedal, let alone do any extreme stunts. Jed Mildon made history by landing the first ever BMX quad backflip, and his bros at Nitro Circus caught it all on tape.

“This is the pinnacle of my life. Like a story that you want growing up but you don’t know how it’s going to pan out. It’s unreal,” Mildon said. “It wouldn’t have been possible without the support of my family, including my Nitro Circus mates. James is such an incredible athlete and a great friend. He pushed me to challenge myself and test my limits.”

If you’re eager to skip to the good parts, you know, where he actually lands it — jump to the 1:27 mark. I recommend watching the entire 2-minute video to see his fellow BMX friends take flight in an attempt at landing the epic trick. It hurts just thinking about it.